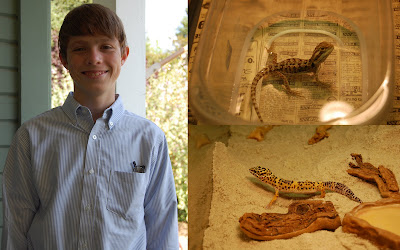 My son Graeme is 14 years old today! Not only is Graeme a computer genius, he is also a reptile enthusiast! Pictured above is his bearded dragon named Saurus. Hermione, his leopard gecko, also celebrates her 1 year old birthday today as well! Happy Birthday, Graeme! 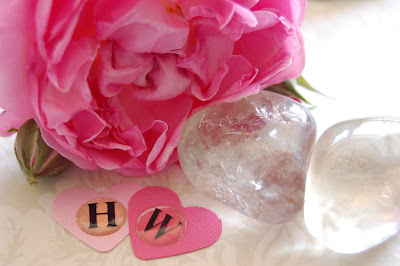 Today MacGyver husband and I our celebrating our 19th wedding anniversary! Several months ago, our youngest daughter went to the local gem show for a school field trip. She came home and gave us these two rocks and said, "See how these rocks go together? That's just like you and Dad!" Isn't that neat?
Posted by Heather at 7:25 AM 8 comments 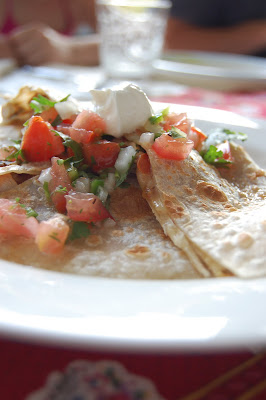 Mexican food is always a big hit at Love and Life at Leadora. So, when I found this recipe for Pico de Gallo chicken quesadillas on Sisterscafe Blog , I knew that I had to try it. This recipe is definitely a keeper. The carmelized onions give the quesadillas delicious flavor. The monterey jack cheese melts beautifully and tastes oh so good. It wasn't quite spicy enough for MacGyver husband, so he put some Tapatio hot sauce on top of his. I omitted the green bell pepper, because it is not a popular item in the dining room at Leadora. Sometimes I can sneak things past the diners here, but green bell pepper I definitely cannot! Overall, everyone gave Pico de Gallo chicken quesadillas a thumbs up!

Check out the blog, Sisters Cafe. This blog was created by 5 sisters who love to cook and share recipes. The recipes are not intimidating for the everyday home cook, and the ingredients are easy to find. This is the first recipe I have tried from the Sisters Cafe, and I will definitely try something again.
Posted by Heather at 2:16 PM 3 comments 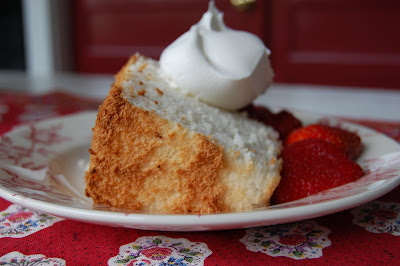 Angel food cake was created so that no extra egg whites would go to waste. It is also thought that probably African American slaves from the south baked this cake because strong arms and lots of labor were needed to whip up all the egg whites. Here at Love and Life at Leadora, angel food cake has quite a bit of history too.

Besides birthdays, I have made angel food cakes for other events as well. I remember making several for our engagement party when our two extended families met for the first time. I also remember a long time ago getting so mad at MacGyver husband that I threatened not to make an angel food cake for an event, and I don't think that I did.

Angel food cakes are easy to make. You basically need a dozen egg whites, sugar, cake flour and almond extract. Yes, I could go to the store and buy one of those perfect angel food cakes in the plastic tube pans. However, a store bought cake isn't nearly as delicious, and the memories of this special homemade angel food cake are even better.
Posted by Heather at 1:40 PM 2 comments 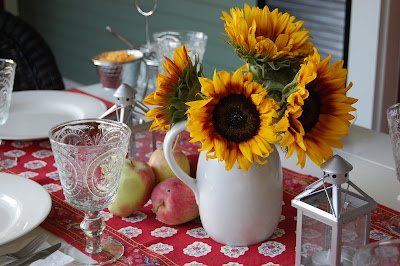 Yesterday we celebrated my mother's birthday. MacGyver husband grilled steaks and we dined alfresco on our front porch. I decorated the table with sunflowers, small lanterns, and a french inspired table runner. I picked apples from our trees and placed them in the center next to the flowers. To complement the red runner, I used my white Martha Stewart plates and glass goblets from Cost Plus. The lanterns were purchased at Walmart on the clearance shelf. Since the lanterns only cost $2 each, wouldn't it be fun to have one sitting next to everyone's placesetting?
Posted by Heather at 12:42 PM 3 comments 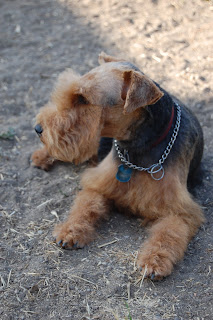 There are 5 of us here at Love and Life at Leadora along with 2 dogs, 1 rabbit, and 2 reptiles. Today, our welsh terrier, Mini, took a trip to the groomer. She left Leadora looking quite scruffy, and came back home with a great terrier haircut!
Posted by Heather at 7:04 PM 2 comments 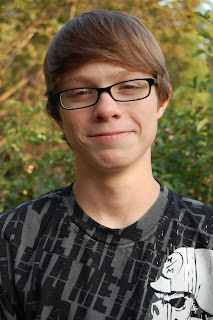 Did you notice my new blog header? I would like to say "thank you" to my son. I had no idea that such a talented computer whiz was residing at Leadora! He casually mentioned during our trip last night to the L.A.Galaxy game that he could easily make a blog header, and today he helped me design what you see up above. Not only did he design exactly what I was picturing in my head, but he had an infinite amount of patience while I decided sizes, fonts, colors, and so on. I am still trying to learn about all these things in blogland, and it is very comforting and helpful to know that I have such a wonderful and talented son to help me along the way.
Posted by Heather at 7:06 PM 1 comments 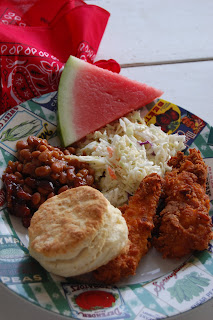 Everyday, one of my three darling children or MacGyver husband asks,"What's for dinner?" So, I thought it might be fun to post what we had for dinner. Tonight's dinner is in honor of 4th of July! I made fried chicken strips, coleslaw, baked beans,and buttermilk biscuits. Needless to say, it was quite delicious and enjoyed by the family. Not the healthiest food, but I tried to make it a bit better with sliced watermelon on the side. What's for dessert you say? An evening walk with MacGyver husband!
Posted by Heather at 7:18 PM 0 comments

Heather
My name is Heather, and I enjoy crafting, sewing,baking,cooking and decorating. Along with my MacGyver husband and three kids, I live in a house originally built in the 1870s. My dream is to someday have a beautiful kitchen where I can cook and entertain friends and family effortlessly! In the meantime, come join me while I share stories and ideas about living in and renovating an old house.